Regeneration occurs when a city centre is underperforming and receiving low visitor numbers as part of their daytime and/or evening economy. To transform the area, the local authority or government invests in new retail, leisure or hospitality businesses in the area, with the aim of encouraging residents and visitors to spend more time there.

It’s probably worth mentioning that the word “city” is quite a nebulous term. For the sake of this article, we’ll be referring to cities in the metropolitan sense of the word. For reference, please see our article on Town Centre Regeneration.

How The (City) Land Lies

A city caters to a high number of residents and visitors in a variety of ways, and is usually more ethnically diverse than a town. As a city increases in size and starts sprawling outwards, it’s common that these suburban areas can start to become disconnected from one another. Some of these more fragmented areas begin to stand alone and develop their own sense of identity, almost becoming their own stand-alone “village”. Comparatively, this is fundamentally different to a town where there is often one identifiable community focal point.

London has quite a few examples of these “independent” areas but an illustrative example is the northern suburb of Crouch End, which has its own defined centre and high street.

As a result of this fragmentation, the community element of a city - in the centrally located sense - is not as prominent in the same way as it can be in a town and tends to be more disjointed. This is not to say, however, that vested interest is any less in a city - if anything the opposite may be true - but the approach to regenerating it is different. There are far more people and entities involved in city centre regeneration and available funding has to be divvied up between many more outstretched hands.

One essential consideration different to town centre regeneration, is the overall infrastructure, and in particular the transport system. Trains, buses, cars, trams, and perhaps even boats, all need to be factored in when considering the flow of movement, especially ensuring access to retail and leisure services.

Cinemas are a significant asset for any city to have, in large part because they act as a connecting medium. Where there is diversity - a variety of ages, ethnicities and social classes - cinema appeals to everyone from all walks of life. This makes it a perfect and central ingredient to city centre regeneration, especially when trying to reconnect with fringe areas that can feel left behind.

As communities develop, cinema has a great role to play. The UK cinema market is a mature one and, as a result of this maturation, has a very wide-ranging market with numerous operators. This means that whatever the opportunity, there is a suitable offering to bring about the desired result. A premium cinema might be right for a particular project, a mainstream multiplex may be needed or a boutique arthouse might fit the bill. And it may not be that there’s only one opportunity for a cinema. A city centre could benefit from a multiplex but there may also be a suburb in which an arthouse cinema could be a perfect fit - there often isn’t a single solution in the context of a city.

Cinema can also offer a variety of content. With Event Cinema on the rise, documentaries, arts-based content, sports and a variety of other genres are all gaining popularity among audiences. If you can’t go to New York or London to see The Met Opera or a West End show respectively, then you can often see it at your local picture house.

Educational opportunities are also suitably matched with cinema, not least because students enjoy the experience and will pay attention to the big screen. This is an area with great potential and is one to explore and watch out for in future.

The Importance of City Centre Regeneration

A vibrant city centre will benefit all surrounding areas and communities. The more fragmented suburbs will continue to thrive but it’s also important to regain a sense of heart in the central region - it’s an important question of striking the right balance between the two. If the right balance isn’t achieved, the centre can become too dominant which means the suburban regions become neglected and then undesirable.

An important question for local authorities and government to ask is how to bring these areas back into the fold. Where is the centre of the community? Parks, outdoor spaces and somewhere to promenade often point in the right direction and this is where a cinema may be an important element of the overall regeneration approach, bringing as it does a sense of event for an evening economy.

What if No Regeneration Occurs?

If a city centre is lacking in certain retail or leisure services, the likelihood is that residents will begin to visit areas that do accommodate their needs. For example, if a more comprehensive retail offering is desired but not available, people will seek out the nearest commutable shopping centre. In turn, this can eventually lead to residents vacating the area permanently in order to avoid an unnecessary commute, moving closer to the services they need.

A city centre can end up being empty and unsafe if this happens over a period of time on a large scale, resulting in nothing to do in the central area especially in evening times. Typically, in an underdeveloped area, there may be vibrancy until 5 or 6 o’clock in the evening but after the end of typical shopping hours, a mass exodus may leave an area unpleasant or somewhat intimidating when people don’t have a reason to linger or spend time past their primary activity.

On its own of course cinema can’t be expected to solve all problems but it is a key factor of an overall plan. It’s proven that a cinema facilitates the thriving of surrounding food and beverage (F&B) offerings and is a strong catalyst for a vibrant evening economy.

London Kings Cross is a good example of this scenario. In recent years, a great deal of investment has turned Kings Cross into a pleasant, atmospheric place to be where people are happy eating, drinking, shopping or just strolling around the public spaces and water features. This development has had great success and has completely changed the area. 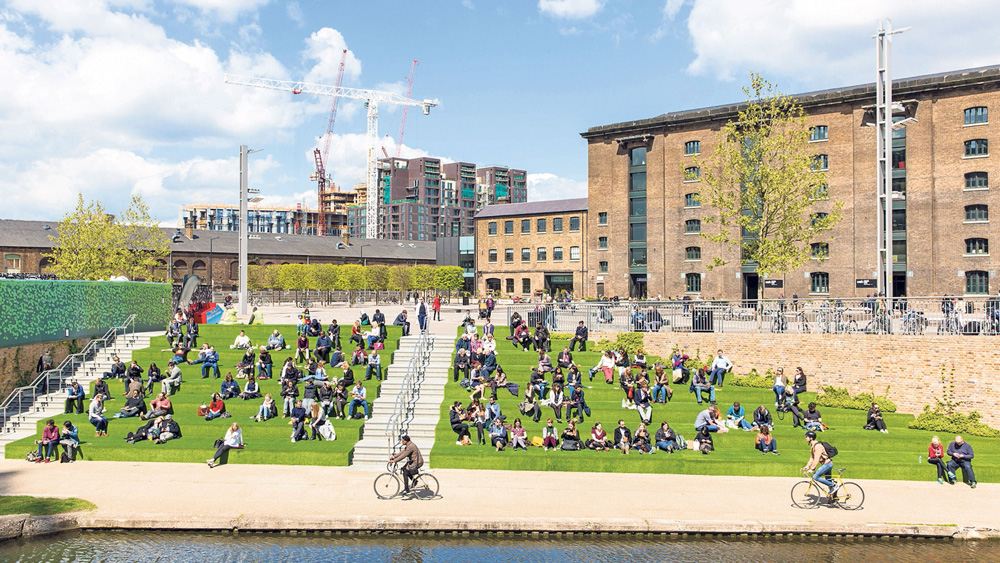 City centre regeneration takes thorough planning and considerable time. A vital angle to consider is where you want to be in 15 or 20 years time. If you’re coming at this from a local authority or government perspective, your plan has to be long term.

An initial assessment needs to take into consideration the current situation as it is and what the problems are that you’re looking to rectify. Any solutions to the issues faced must be integrated into a long term plan, rather than dealt with in isolation. And because of how connected the infrastructure of a city is, several city representatives will need to understand how everything fits together, making regular communication and status-reporting an essential part of the process.

The Big Picture (TBP) looks at the potential for a cinema in a city (centre or suburb) over a period of time, not just in the short term. We take into account the overall demographic, who the target audience will be, where they’ll live, what their demands will be. This information is used to predict what the local area will need from a cinema offering so an ideal partnership can be formed between the city and the right operator. 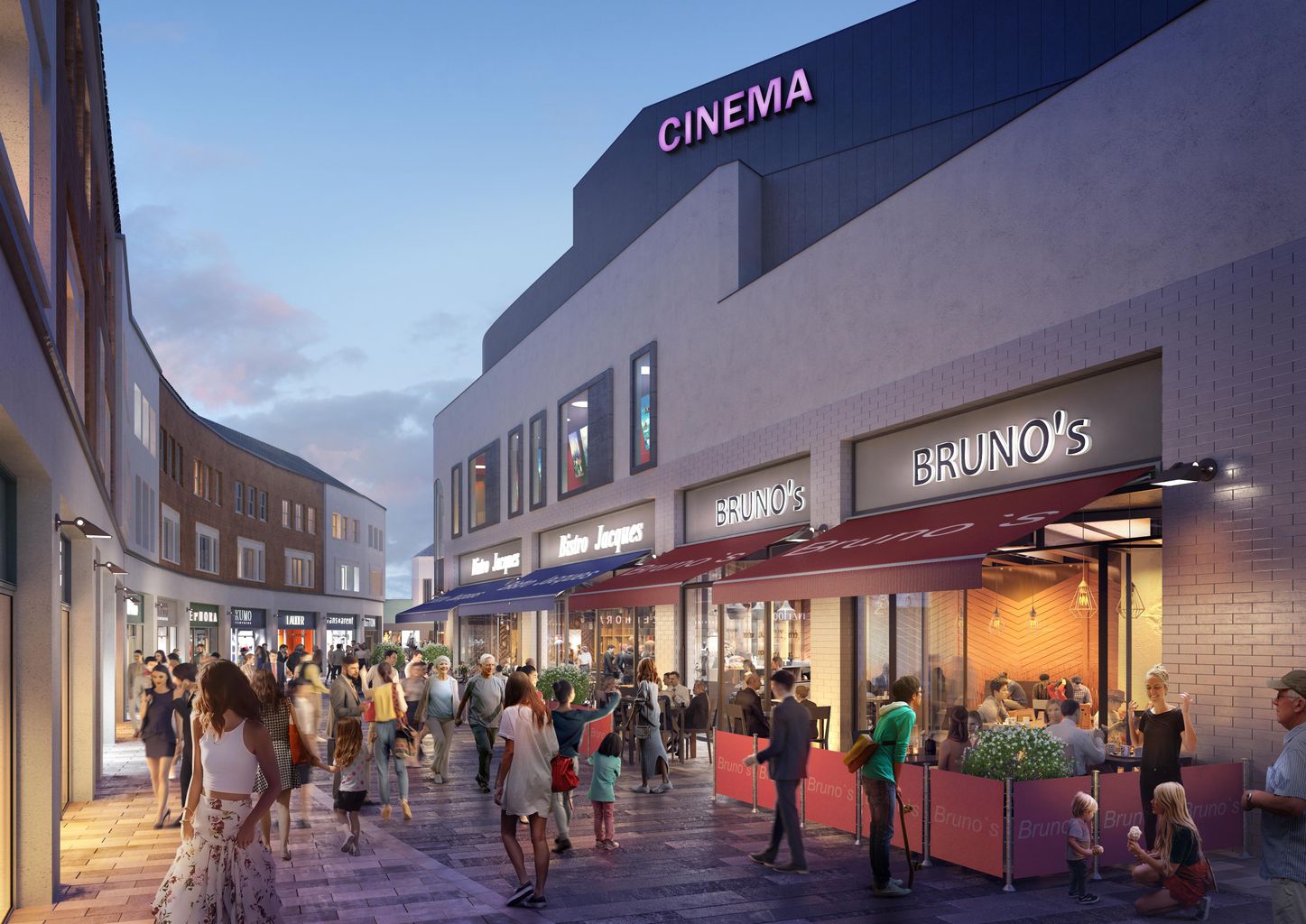 TBP provide advice and guidance throughout the regeneration process, from start to finish. When your longterm vision has been planned out, we will advise on if a cinema is right for your development. Our feasibility reporting is designed to thoroughly investigate if there’s a solid case for a cinema and, if so, to give it credence and financial validity.

One of the biggest differences between town and city centre regeneration from our perspective is that of who is receiving our advice. Due to the increased volume of who’s involved in the latter, we may be required to advise a wider range of roles as to how a cinema can integrate within a community. We view it as our responsibility to ensure that we are always on the front foot with all global cinema trends so that we can advise all parties accordingly to afford the greatest chance of success to your project.

We maintain a close relationship with local councils and government to ensure a cinema development is as fruitful as it can be, integrating smoothly with its surroundings. By working in the sector for years, we know the cinema business inside out and we’ve amassed a great deal of case studies over our years of experience.

Drop us a line to see how TBP can help you.