As leading cinema exhibitors, technology companies and industry experts converge on CinemaCon to explore innovations, opportunities and challenges for cinema development what is the impact of Netflix to the industry? 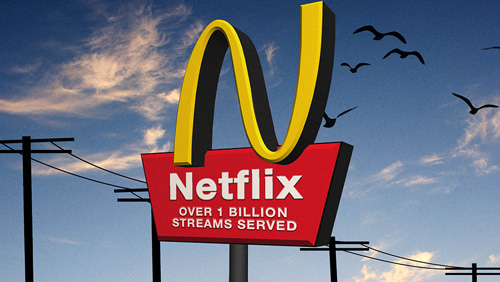 With so much debate, confusion and conflict in the market place as a result of Netflix, The Big Picture has commissioned a report, "Understanding Netflix's Global Cinema Strategy" compiled by Patrick von Sychowski, Editor of Celluloid Junkie.

Netflix is a truly global company, while most of the conflicts and issues around it have been national or regional. Nobody has challenged Netflix on a global scale, apart from its true competitors, which might not be who you think they are.

This report will explain what is driving Netflix, its relationship with Hollywood, its motivation in the recent "Roma" controversy, how it is 'dividing and conquering' on national levels and what cinemas can do to counterbalance the growing power of Netflix.

As Deadline's Peter Bart noted,"Netflix either knows exactly where it's heading and doesn't want to tell anyone, or it's simply spreading largesse in the hope of discovering its hidden strategy".

Rob Arthur, Senior Consultant at The Big Picture says,"The impact and strategy of Netflix is very much at the fore-front of cinema exhibitors and film distributors minds. Never before have we seen the traditional exhibitor and distributor relationship so aligned, as disruptive streaming technology makes an impact! It comes at a time when global box office is on the ascendancy; at a time when we are in a golden age of technology options and opportunities; and when the diversity of audience and of cinema offers is increasingly broad".